Educational child care programs like preschool and junior kindergarten are all about getting your child ready for the academic world. But as research has shown time and time again, learning is not just sitting quiet at a desk and rote memorization. Learning is actually more like play! Learning is fun, engaging, inspiring, sometime frustrating, and sometimes dirty, but always worth it!

Child care enrichment programs that focus on art and the artistic creativity of children have been shown to achieve a variety of benefits. Art flexes the part of the brain that academic work misses. The brain is physiologically divided into two parts. The left brain is where academic processes like logic, reason and mathematical aptitude operate. The right, brain, however, is where creativity, emotional perception and intuition flourish.

Research has shown that right brain stimulation in the form of art and other creative enrichment programs actually provide many benefits in left brain abilities like math, memorization and reasoning.

Like art education, Music education has been shown to give children a number of cognitive benefits as well. Music education enrichment programs are great for any age child. Early music education is linked to higher test scores and contributes to ease of language acquisition and reasoning skills in young children.

The memorization techniques that are required to keep time, beat and melody all coming together into one boosts the parts of the brain associated with recall and memory. Keeping time and beat also contribute to the development of fluid intelligence and control.

At Wee Care Preschool in Chula Vista and Clairmont, we offer a wonderful variety of Enrichment Programs for your child, including:

Come check out our enrichment programs and contact us for more info. We look forward to hearing from you!

Kids Do Better When They Go to Preschool All Day, Study Finds

The findings from a study of 982 low-income and ethnic-minority 3- and 4-year-olds, enrolled in Chicago’s Child-Parent Center Education Program, are reported in today’s issue of the Journal of the American Medical Association. They found that full-day programs improved four of six measures of school readiness as well as attendance.

“You can just go so much further in all the domains of learning in a seven-hour program,” Arthur J. Reynolds, a researcher at the University of Minnesota at Minneapolis who led the study, said in an interview yesterday. “These 30 to 40 percent differences in preschool turn into bigger benefits over time.”

The findings support the arguments of advocates who seek to expand early education more widely in the U.S. President Barack Obama has pushed for Congress to fund an expansion of all-day kindergarten and to make pre-kindergarten universal, saying that spending on the youngest students will pay off with better performance throughout their school years and careers.

Longer preschool didn’t affect all aspects of a child’s performance, according to the study. Literacy and cognition were similar whether preschoolers were full-time or part-time.

Children in both groups went to preschool five days a week for at least three months, starting no later than January 2013. The study included 409 Chicago children enrolled in the city’s full-day preschool and 573 in part-day classes.

Sending children to preschool for seven hours a day instead of three can also benefit their parents by freeing up time to pursue their own career or education, as well as increasing access for families that might not enroll in half-day programs, the study said.

“As the demand for preschool programs shifts from part-day to full-day, it is important to know whether this shift is educationally valuable as well,” Lawrence J. Schweinhart, president of the HighScope Educational Research Foundation in Ann Arbor, Michigan, wrote in an accompanying editorial. What’s left for debate, he said, is whether the benefits of full days versus a few hours were enough to justify the expense of providing longer preschool hours.

To contact the reporter on this story: Sonja Elmquist in New York at selmquist1 [at] bloomberg.net

To contact the editors responsible for this story: Crayton Harrison at tharrison5 [at] bloomberg.net John Lear

Make sure to put this on your calendars TODAY!!

You and your child won’t want to miss this exciting event to be held on Saturday, Dec. 1.
Time to be announced later.

Join us for the Wee Care Preschool Graduation Celebration!

We are announcing it early as there are some changes in our graduation ceremony plans and we know you won’t want to miss any of the excitement!

Our Preschool Graduation will be held at the Scottish Rite Event Center for both Clairemont and Chula Vista schools.

Bring your family and friends, and don’t forget the cameras! (and you might even need a hankie!) 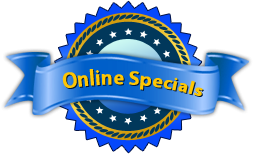